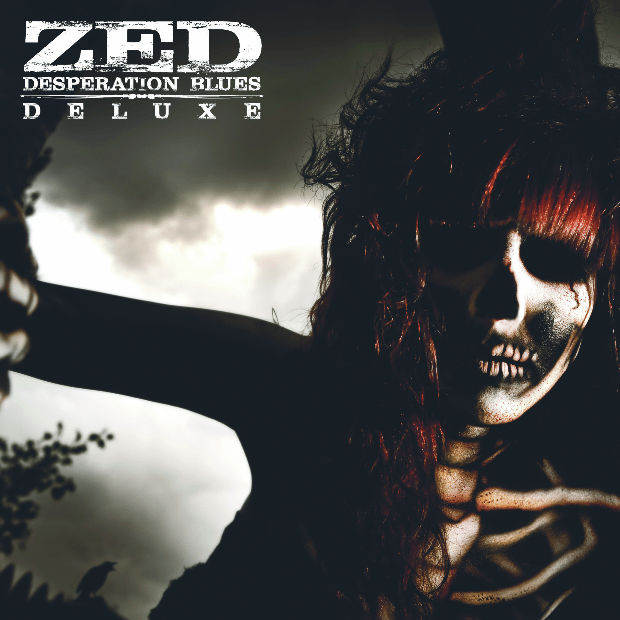 Finally, the official reissue of the long out of print, critically-hailed sophomore album by heavy rockers, ZED. This is the album that launched the band, pressed on high quality black vinyl. And as a SPECIAL BONUS, we've added 5 songs off the bands self-produced debut album, The Invitation!

ZED makes rock the way it should be made. Loud guitars, a shot of whiskey and a middle finger. Taking it cues from the greats like Zeppelin, Sabbath and AC/DC, but combining them with their contemporary musical influences such as Clutch, Rage Against the Machine and Queens of the Stone Age, creating a mixture that is new, yet familiar.

"There are times when you need to strip away the blastbeats, the growling, the hyperbolic horror movie cover art, the hyper-aggressive posturing and just rock. Plain and simple rock. . . So, when ZED came to the blood-soaked and grime-filled Scrum room of the Deciblog and presented new album, Desperation Blues, we all nodded in approval. ZED blends the classic rock you’ve heard a zillion times on any “Z” rock radio station with the punch of, say, Clutch, the angularity of Rage Against the Machine, the hey-it’s-cool-man vibe of Queens of the Stone Age. Classic-Contemporary hard rock from the Left Coast, which for a Monday morning is exactly what most of us need to get the day going." -- Decibel Magazine

"Big riffs are definitely back in fashion, so three years on from their The Invitation album Zed are back with a dose of Desperation Blues . Stating Queens Of The Stone Age, AC/DC, Sabbath and Zeppelin as influences Zed stay true to their word by hammering out groove laden bristling riffs, backed by howling, gravely vocals and ground shaking beats. "Skin And Bone", or "Desperation Blues" there's no doubting that the rolling beat and bouncing bass of the former and the Slash like spiraling guitars of the latter, kick up a pretty convincing and sweaty storm." -- Sea of Tranquility