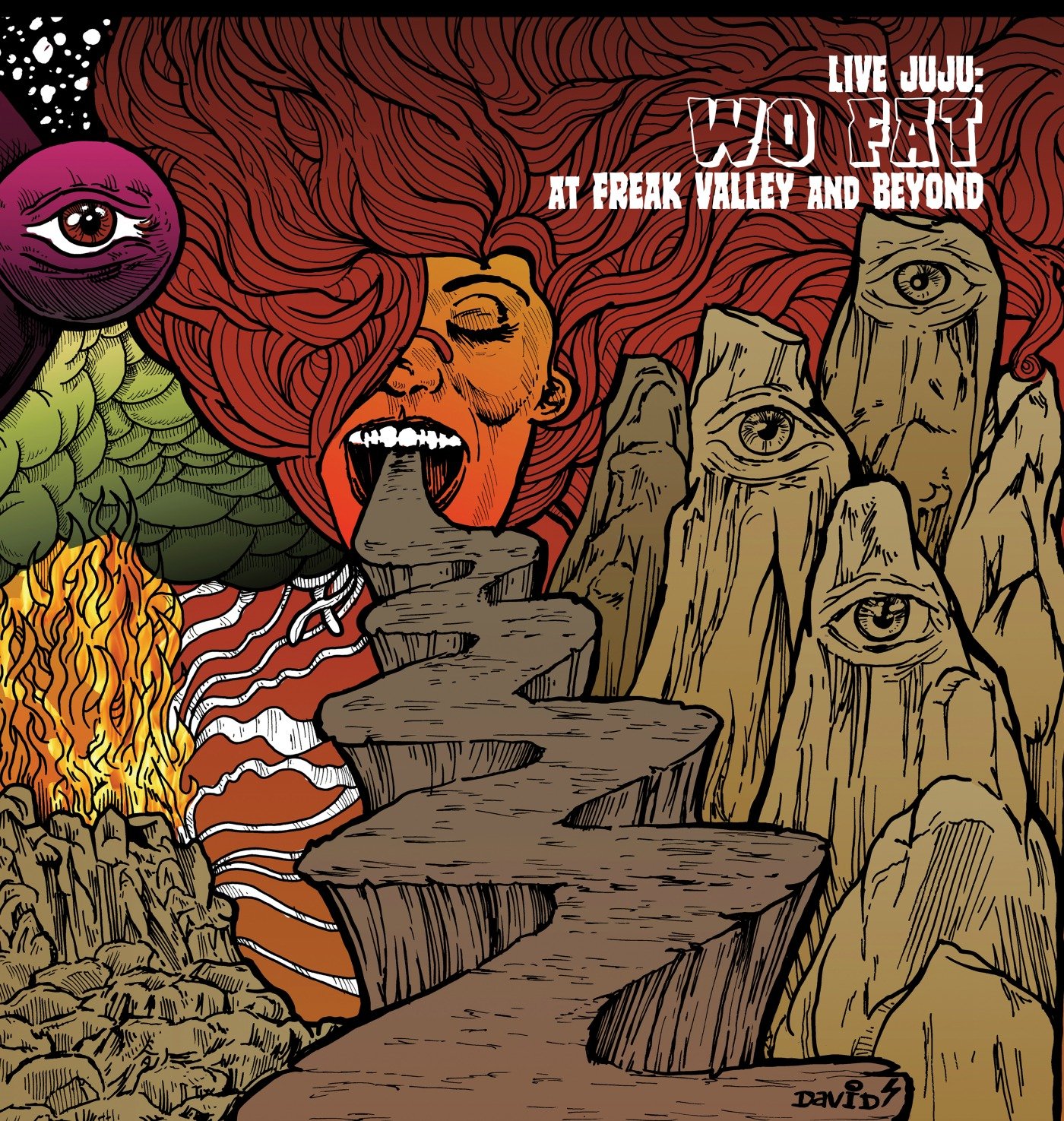 Following on from the critical success of last year’s Midnight Cometh album, Ripple Music have joined forces once again with Wo Fat – chief purveyors of Texas-sized psychedelic doom – to bring you an expanded release of the band’s scarce 2015 live album, Live Juju: Freak Valley.

Live Juju: Freak Valley… And Beyond!

In addition to the band’s 2014 appearance at Freak Valley Festival, Germany, the album will be released this October as a beautiful, gatefold vinyl set and include a second LP featuring a recording of a recent show at the Double Wide in Dallas, TX with new bass player Zack Busby. For the first time ever, the album will also get an official worldwide release on CD.

Having already secured their legendary status within the stoner rock community over a sonic odyssey of six studio albums, they’ve stayed true to the deep, dark blues that wail from within and have continually infused their riffs with primal grooves. Creating a sound that's all the more visceral here thanks to two quality live recordings.

Continuing their partnership with the equally formidable, California-based record label Ripple Music, fans of the band yet to experience the full force of Wo Fat live will be able to get a taste of what they’ve been missing in readiness for a new album in 2018.

“An immersive experience in which stoner grooves and metal riffs jostle for air in a churning tide of psychedelic juju […] Midnight Cometh is an intense meditation on the looming spectre of apocalypse, its message is as heavy as the music.”
CLASSIC ROCK

“Wo Fat have cemented their status among stoner metal’s prismatic visionaries.”
METAL HAMMER

“They have something for everybody: a massive, juicy guitar tone sure to pelase metalheads, lots of fuzz, blues licks, hints of psychedelia and some smokimg jams.”
TERRORIZER MAGAZINE

“The band’s chemistry bleeds into every corner of the album […] Ripple is home to Leaf Hound and JPT Scare Band, so it’s only fitting that a future legend is now in their ranks.”
INVISIBLE ORANGES