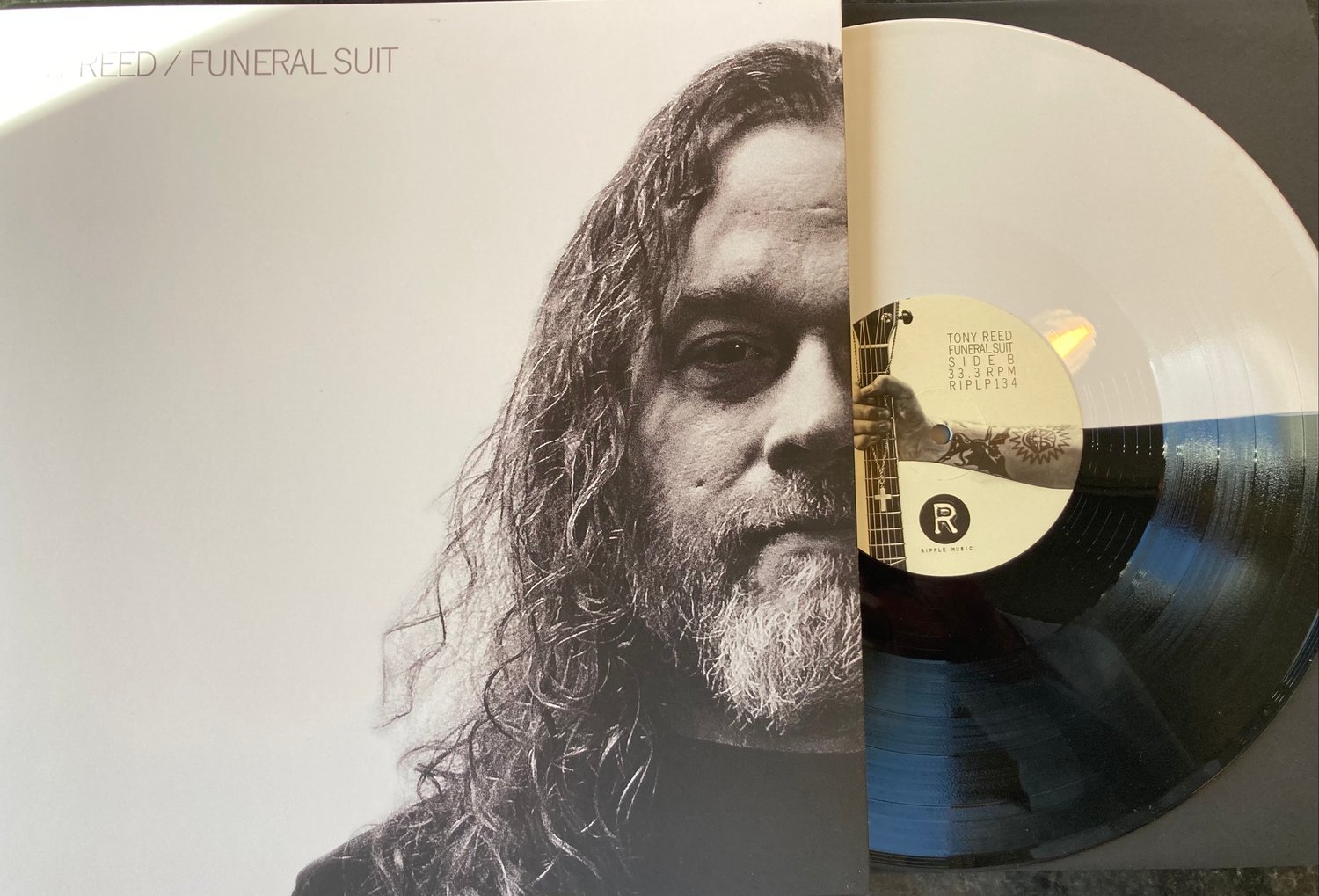 Colored vinyl edition is limited to 150 copies pressed on half and half black and white vinyl!

Test pressings arrive in plain cardstock sleeves as received from the factory. These are not gimmick or fake test presses, but very limited original test pressings sent to test fidelity. These will never be repressed.

The latest installment of Ripple's Blood & Strings Acoustic Series features none other than that most prolific of rock gods, Tony Reed, with his new solo album "Funeral Suit."

Tony Reed belongs to a rare echelon of relentless creativity. A rock and roll lifer since his days self-recording tape demos as a teenager, he has spent the last three decades in increasingly progressive pursuit of his art in bands like Treepeople, Twelve-Thirty Dreamtime, Constance Tomb, Stone Axe, and his steadiest and most influential, Mos Generator. He has refined a songwriting, performance and recording process that is unmatched, and amassed a lifetime discography broad enough to make the rest of the universe seem outright lazy.

Whether it’s incorporating new elements of space and prog into Mos Generator or beginning the entirely new pursuit of an acoustic/piano-based solo incarnation under his own name, Tony Reed is a treasure of American rock and roll and someone whose soul bleeds into everything he crafts. It is time to start including his name among rock’s truest ambassadors.

In Tony's own words on "Funeral Suit:"

"Over the years I’ve recorded many acoustic songs but never set out to make an acoustic album, and although I have been talking about doing this for some time now, I’ve never had a solid concept of how it would end up sounding in tone and feel. Playing songs in an acoustic environment allows for the meaning of the lyric to present itself clearly, at times being the full focus of a song, revealing complex levels of emotion that I had no idea were there until I was done writing the words and could take a step back to analyze the lines. A large percentage of the compositions on this album where the first or second takes of the music and vocals for songs that had been written and arranged only minutes earlier, giving them a very raw and unpolished feel."