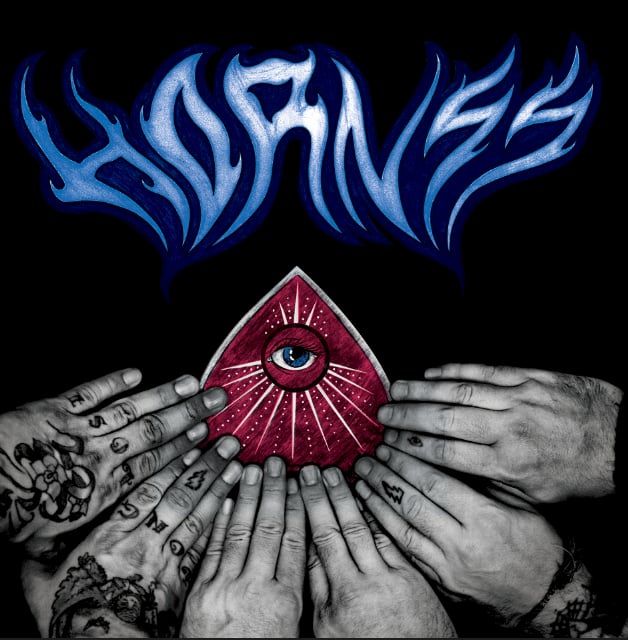 Formed in 2010, the band includes Mike Moracha and Nick Nava, who originally got their start in the early Palm Desert music scene that spawned the desert rock movement, as part of the band Solarfeast (with Chris Cockrell, formerly of Kyuss) and Jack Saints, along with drummer Bil Bowman (formerly of Zodiac Killers, pioneering Bay Area black metal band blackQueen and Florida sludge heavyweights Scrog).

Telepath is the follow-up to the band’s acclaimed debut album, No Blood, No Sympathy, released in 2013 on Riding Easy Records. Recorded by Tim Green (Saviours, Melvins, KARP, Comets on Fire, Hot Lunch), the guys recorded this one directly to analog tape at Green’s Louder Studios in Grass Valley, CA.

"Hornss have quite a reputation within the Stoner/Hard Rock scene as they have paid their dues in supporting some legendary bands over the last few years. The band have outdone themselves on the album as they have written a strong collection of spellbinding tracks with enough power and magic to make you fall under their spell. Hornss have pulled no punches with their unique take on Desert Rock/Stoner Metal. At its heart, the album is built on classic based Desert/Stoner Metal riffs though Hornns have taken it down a dark and twisted route, which works wonders for their music." -- The Sludgelord

***Item usually ships 10-14 days after order. Item is shipped in professional mailers in excellent condition. We are not responsible for any damage that happens in transit once the item leaves our hands *****