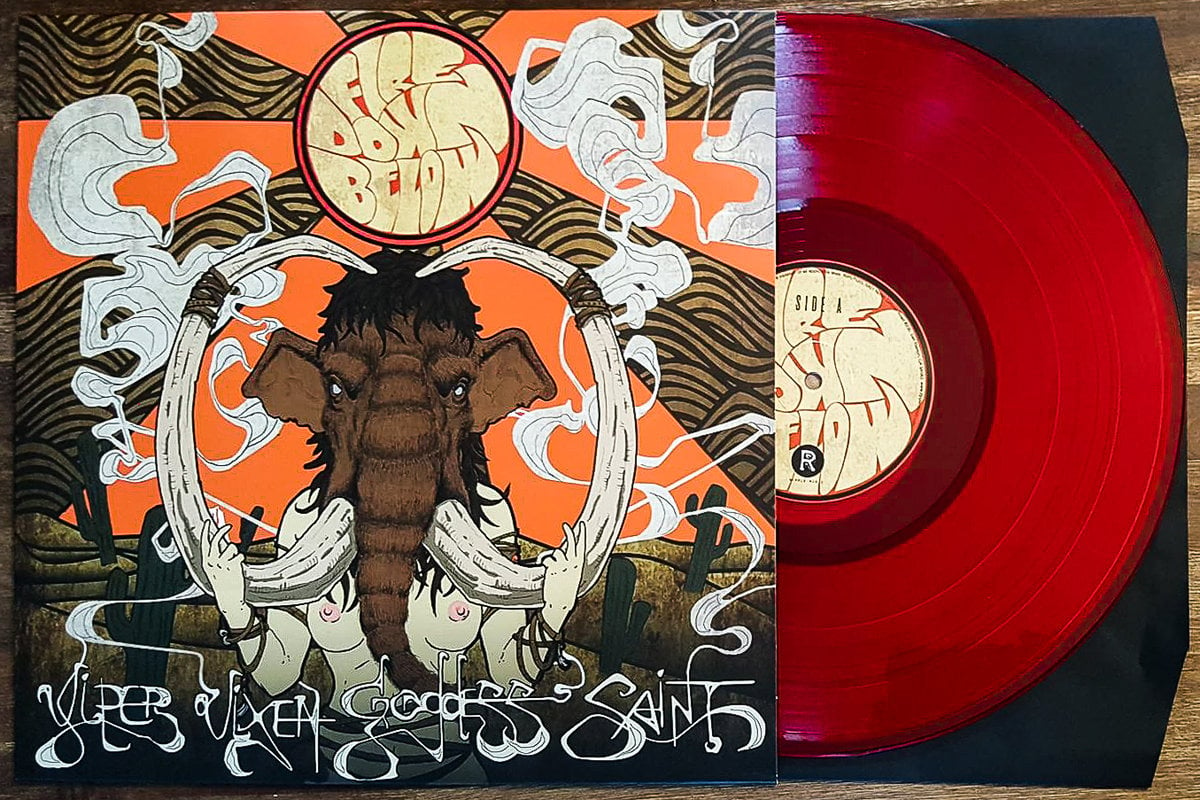 If you’re into thick, fuzzed-out riffs, forceful vocals and a good slab of stoner rock, you surely need this album in your collection, placed right in between your favourites from Queens Of The Stone Age, Kyuss and Fu Manchu.”
MERCHANTS OF AIR

“Everything about this release is brilliant, the artwork, the vocals, the atmosphere. Fire Down Below has created a true work of art which all fans of the genre need to hear, so check it out.”
METAL HORIZONS

Initially self-released last September and offering up an exceptional melee of fuzzed-out stoner rock, heavy psych and 90s grunge, it didn’t take long for the Ghent-based foursome to catch the ear of California-based record label Ripple Music. “Chock full of ambience-inducing depth and massively monstrous pedal-driven guitar pyrotechnics […] Viper Vixen Goddess Saint will easily find placement on several ‘Best Of 2016’ year-end lists and much deservedly so for this is an ideally, stand-alone opus.” (Metal Nexus)

Home to some of the finest acts in recent years to emerge from a freshly unearthed ‘Realm of Heavy’ – Wo Fat, Mothership, Vokonis, Steak et al – with the arrival of Fire Down Below at Ripple Music serving as a glowing endorsement of their sheer quality, it also plants a marker firmly in the sand and investment in plenty more exciting things to come. Already drawing comparisons with albums by Kyuss, Truckfighters, Red Fang and Soundgarden, following the worldwide release of Viper Vixen Goddess Saint this summer, the band will head back into the studio later this year to record a much-anticipated follow-up, slated for release in spring 2018.