The Ghost Next Door - A Feast For The Sixth Sense: Limited "Sensual Feast" Multi-colored Vinyl LP 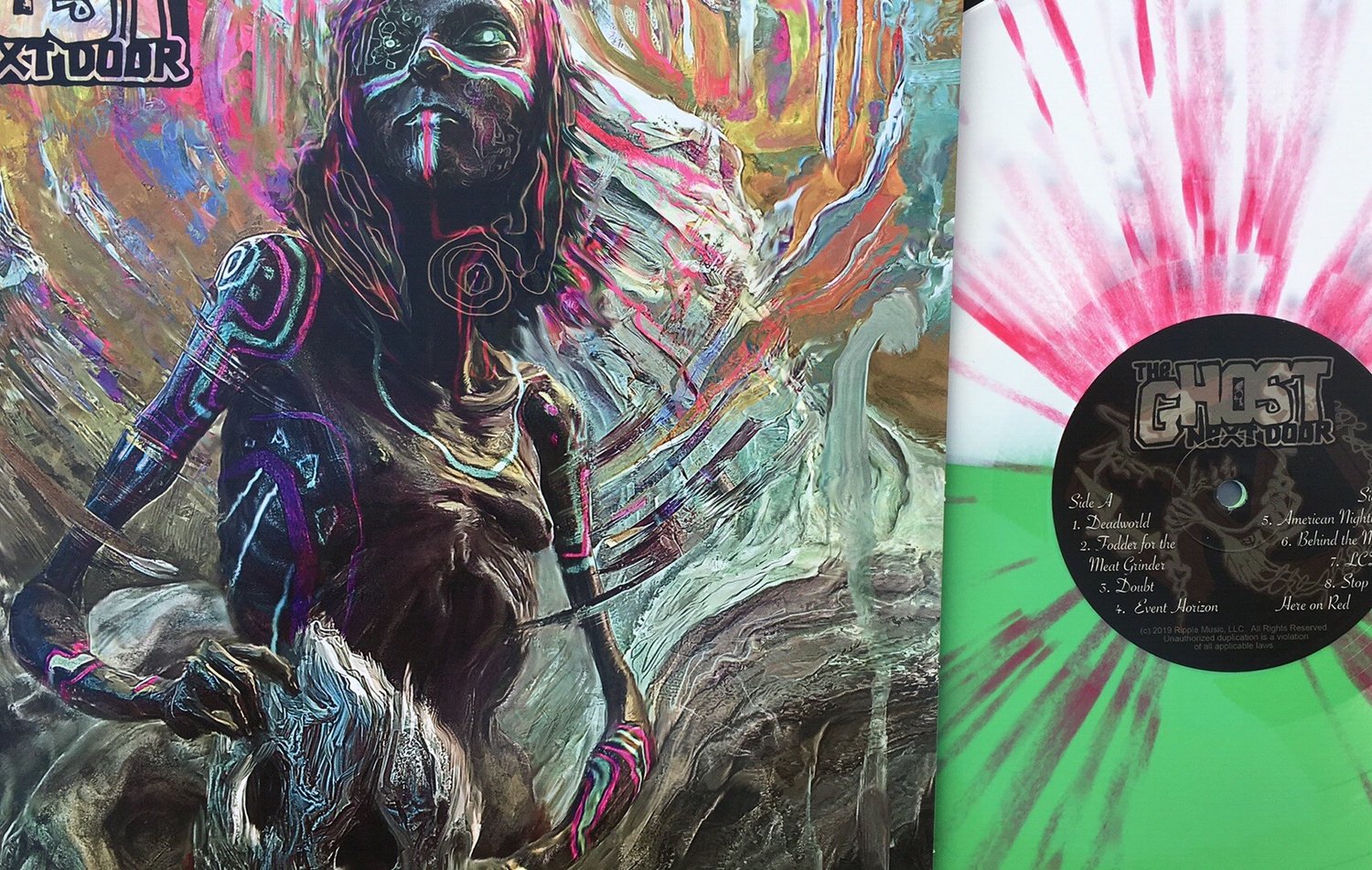 Only 80 of these multicolored, half n half vinyl available.

Ripple Music will blazes a trail into the realm of progressive doom with the signing of veteran San Franciscan metallers, The Ghost Next Door.

Founded by Gary Wendt, singer and former student of legend Joe Satriani, the idea for The Ghost Next Door grew out of the discovery of an abandoned acoustic guitar and a name inspired by a nearby haunted house.

As a founding member of crossover legends Sacrilege BC and alt-metal champions Release, Wendt partied hard through that infamous Bay Area music scene in the 1980s. After spending a year recording and touring with Skinlab he left soon after to embark on the development of his own musical vehicle. With no members and no music, the shrewd recruitment of guitarist Aaron Asghari, bassist Noah Whitfield, and drummer Sebastien Castelain, yielded a unique pool of influences from across the modern musical spectrum. The band soon found themselves marrying the dark melancholy of ’80s/’90s alternative rock with the aggression and drive of Bay Area metal (Exodus, Testament), and in doing so offered a diverse range of styles and influences from punk, thrash, jazz, and progressive and modern rock. Deftly topped off by brutal and abrasively honest lyrics, on stage is where the band really come into their own and show an undeniable compulsion to create and perform their expressive take on metal. As Wendt explains, “We’re not interested in trends. A song is born from a single idea, but always mixed with some alternative sensibilities. Fusion, extreme, shoegaze, thrash – we write the unexpected.”

Following the critical success of their debut album, released in 2015 on the Belgian label Mausoleum Records, the band immediately set to work on their follow-up, A Feast For The Sixth Sense, which gets itself an official worldwide release on 8th February 2019 through Ripple Music.

Stream and share new song ‘American Nightmare’ by The Ghost Next Door – https://soundcloud.com/ripple-music/ghost-next-door-american-nightmare

THE GHOST NEXT DOOR: