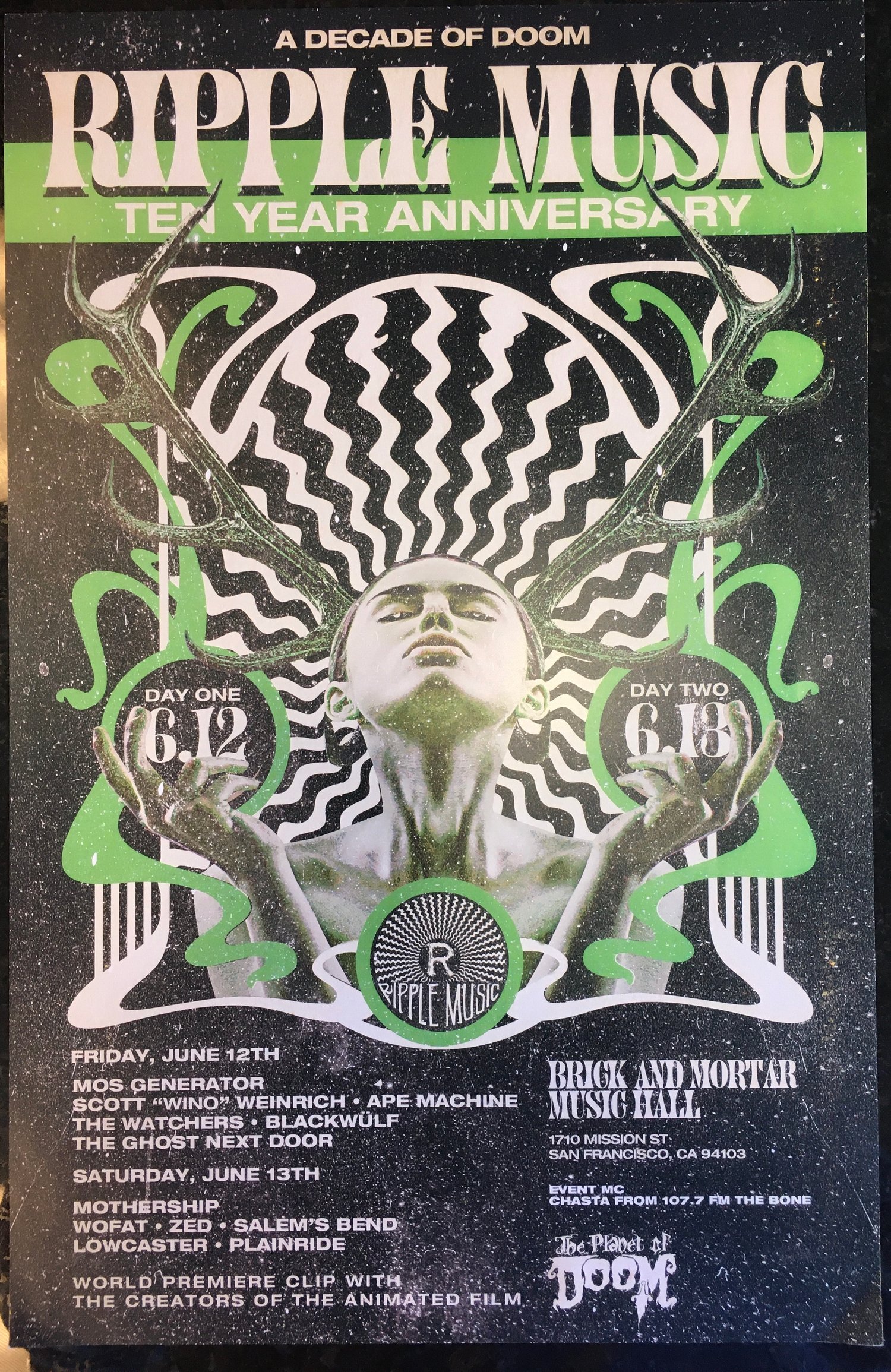 So, June 12 and 13, 2020 were supposed to be The Ripple 10-Year Anniversary Party nights, but some little virus had other ideas. But don't fret!

In the meantime, we have all these gorgeous posters and Limited Edition 10- year anniversary compilation CD's that were pressed for the party. Two posters, each stunning. One by Joshua Wilkinson of The Company, the other by David Paul Seymour from Planet of Doom. These will definitely be odd collectors items because the dates of this show were canceled, and new posters will have to be made for next year.

CD is tracklisted as the band's would've appeared over the two days.

Get the whole package for one low price, help us recover the losses from the canceled show, and be a part of us coming up with even better merch offerings for the Crank It Up To 11 Motherf*cker Party next year!!!