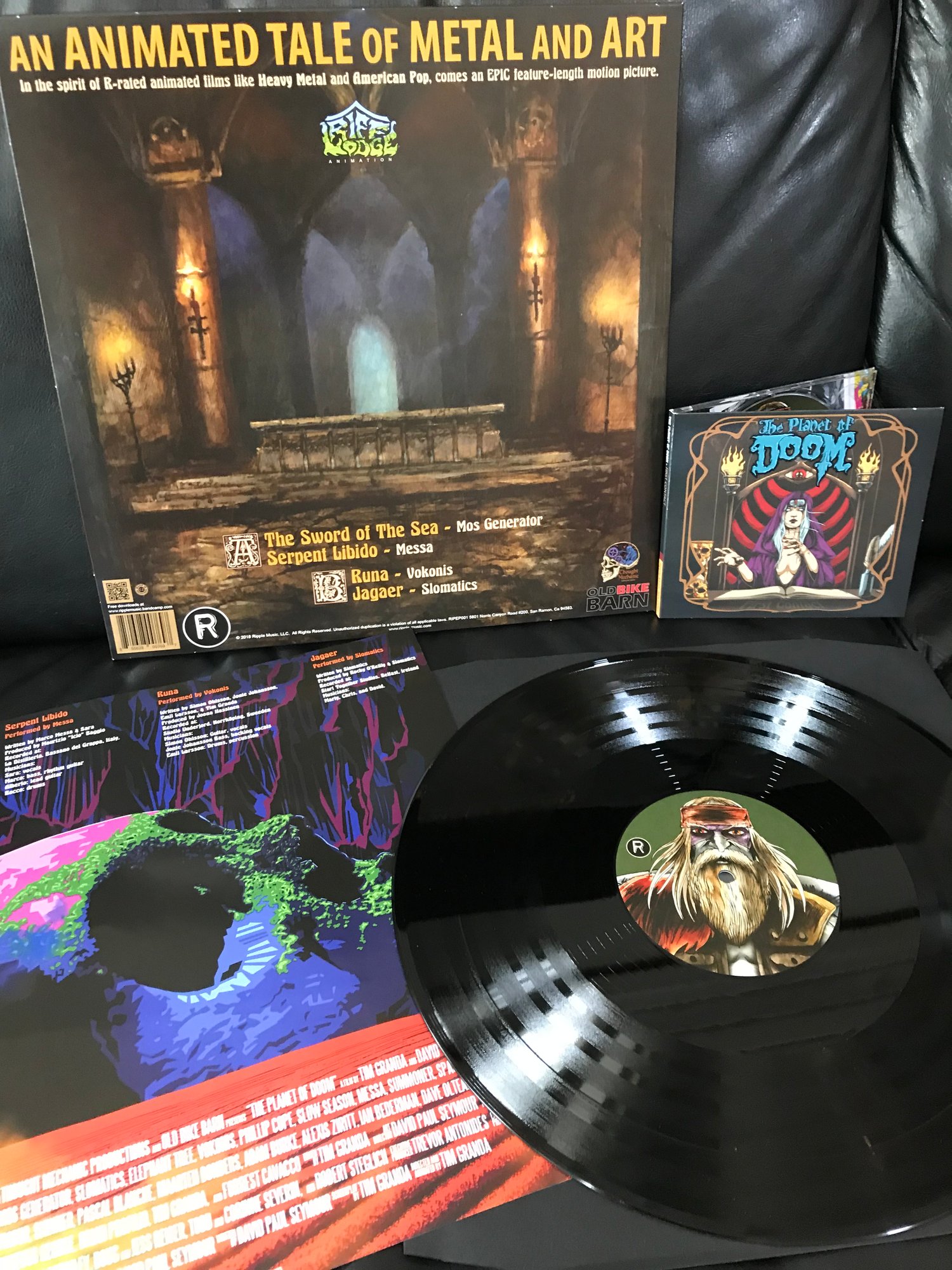 Ripple Music to Release 'First Contact: Music from the Original Soundtrack 'The Planet of Doom' June 22. Strickly limited to 300 pressed with NO repress. The First Contact EP is a one time only release . . . no further music from the film will be released until the full soundtrack coinciding with the film premiere.

In the Spirit of R-rated Animated Films Like "Heavy Metal" and "American Pop", Comes an EPIC Feature-Length Fantasy / Sci-Fi Tale Soundtracked by Underground Metal Artists from Across the Globe.

First Contact: Music From The Original Soundtrack 'The Planet of Doom' track listing:

The Planet of DOOM - Trailer 1 from Riff Lodge Animation on Vimeo.

In the spirit of R-rated animated films like “Heavy Metal” and the works of Ralph Bakshi, Riff Lodge Animation (the studio behind the mind-blowing music video for Conan's “Throne of Fire”) are creating an EPIC feature-length fantasy/science-fiction film titled "The Planet of Doom”, created entirely by both artists and bands within the doom/stoner/psych/metal genres. Set for release in 2020 and subtitled as "An Animated Tale of Metal and Art", "The Planet of Doom" features a worldwide assembly of 17 respected artists and animators and 18 revered bands and promises to present a colossal compendium of underground culture and this generation's ode to counterculture. On June 22, Ripple Music will release First Contact: Music From The Original Soundtrack 'The Planet of Doom', a teaser EP including four of the film's featured groups: Mos Generator (USA), Messa (Italy), Vokonis (Sweden) and Slomatics (Ireland).

Written by art director/producer David Paul Seymour and adapted into a screenplay by animator/director Tim Granda, "The Planet of Doom” is one continuous tale broken up into 15 chapters, each interpreted by a different artist and band team-up. The film contains no spoken dialogue, opting instead to tell the tale via the lyrics of the soundtrack's original music. In the film, the titular hero, Halvar The Brave, seeks vengeance aboard a witch-born chopper, journeying across a psychedelic landscape on a quest to defeat the deadly beast Mördvél for the slaying of his beloved bride.

"“The Planet of Doom” is a tribute to heavy music and the art that accompanies that type of music." says Seymour. "With this film, we're seeking to encapsulate the music and art community that Tim and I are a proud part of with one epic body of work. We are also naturally bringing in all sorts of fringe countercultures who've attached to this same community: bikers, skateboarders, comic book, and sci-fi fantasy fans. It's a really vibrant and diversified community, and we've certainly brought in the right ambassadors to represent it properly.”

"One of the things we loved about Heavy Metal was the format. We really dug how the style of art changed from one sequence to the next, as if you were reading an issue of their magazine," adds Granda. "But rather than use a plot device like the “Loc-Nar” to tie a series of unrelated segments together, we wanted to stick to one story that’s split up into a series of chapters, with each being told by a different band and artist."

"Now THIS is an animated movie I’ll take my kids to! Fuck Frozen, it’s all about “The Planet of Doom”!" - Cvltnation

"I could gush and go on and on about the admirable undertaking that is bringing so many artists and bands together...It’s a massive, comprehensive project." - The Obelisk

“The Planet of Doom”...looks so damn epic and manly that it just shot right to the top of the list of my most hotly anticipated animated films." - Dread Central